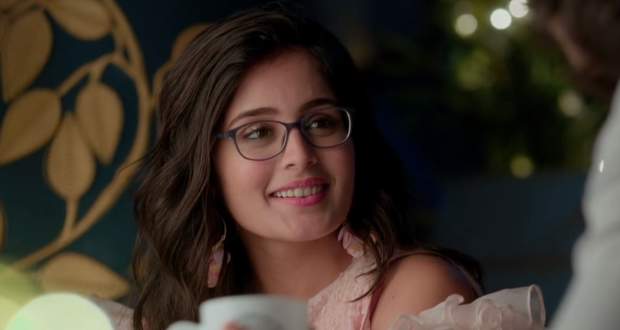 Mishti confesses she apologized for Abir as he has done a lot for her. Meenakshi decides to test Kuhu’s loyalty to Mishti.

Mishti starts preparing coffee for Abir. He tries to get close to her while both share loving moments. Later, he teases her, and both have fun in the vacant Maheshwari house.

Meenakshi wishes to do the engagement the next day. Vishambhar is confused while Kunal tries to make him understand the situation.

Abir asks Mishti to never lie to her. They both decide to be there for each other in every situation.

Kunal apologizes to Vishambhar about getting Mishti upset. He promises to keep Kuhu happy.

Later, there is an exchange of expressions between Meenakshi and Kunal, which is seen by Parul. She gets suspicious about their plan.

Varsha decides to tell Mishti to stay away from wedding rituals but returns when she sees her asleep. Mishti is awake and hears everything.

Parul tells Meenakshi not to worry as Kuhu is a nice girl. Meenakshi tells her to keep one more secret for the family, and Abir overhears this.

Mishti wants to befriend Kuhu which shocks her. Kuhu ignores her and sleeps instead.