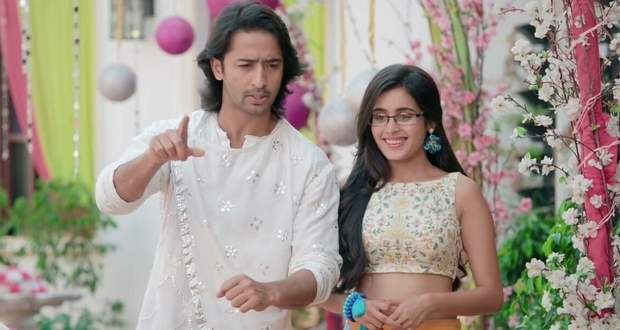 Today's YRHPK 19 Jun episode starts with Meenakshi bumping into Maheshwari family members in the temple. Both of them avoided each other.

Meenakshi says that she will offer the prayers for Abir’s sake as he got successful in opening the school for the kids.

Jasmeet counters her by saying that Mishty helped Abir in the successful opening of the school. Meenakshi gets shocked.

Mishty tries to convince Abir by saying his shayari. She comes to Abir and says that she cannot afford to lose him. The two share glances.

Vishambhar confronts her by saying that Abir requested Mishty to join him for the noble cause. Meenakshi questions Vishambhar over Mishty’s upbringing.

Mishty tells Abir that Varsha is against Kuhu and Kunal’s relationship. Abir says we will first find out if Kunal loves Kuhu or not.

Meenakshi says Mishty comes from a broken family and so she always breaks the unity of the family. Vishambhar counters Meenakshi that he will always support Mishty.

Meenakshi questions Abir for taking Mishty’s help. Abir says he did everything for the sake of the kids. Abir tells her that his NGO is getting an award.

Kunal video calls Kuhu and says that because of Mishty their friendship might break. Kuhu gets upset.

Varsha tells Mishty that Kuhu should understand that Kunal is not the right guy for him. Kuhu comes there. Kuhu vents out her frustration on Varsha.

Kuhu says she is not supporting her because she is not her biological child. Varsha slaps Kuhu. She says she will never accept Kunal as her son-in-law.