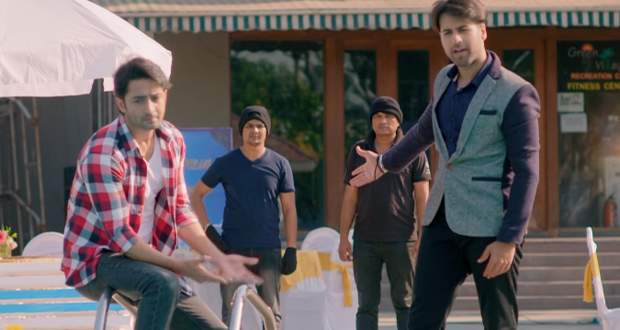 Today's YRHPK 19 Mar episode starts with Kuhu messaging Kunal in anger. At the same time, Mishti learns that Kunal and Abir’s location is on the highway and rushes to save them.

Meenakshi calls Parul to give an interview to the media and makes her reveal she will not join the office. She does it to show Parul her real place.

Kuhu and Mishti start fighting on the road and later team up to search for Abir and Kunal. Later, Meenakshi entices Kaushal against Parul and compares her with Mehul.

Parul becomes the highlight of the interview while Meenakshi plans something else. Elsewhere, Mishti and Kuhu continue to fight while Kuhu gets a call from kidnappers. Kuhu leaves to search for Abir and Kunal without Mishti.

Meenakshi calls the interviewer again and reveals they are organizing a festival. Meanwhile, Kuhu reaches the location alone and is attacked by a goon.

Mishti saves her and asks the kidnapper to take them to Abir and Kunal. At the same time, Kaushal wants Meenakshi to ask Kunal about organizing the festival while Meenakshi gets upset.

Kuhu and Mishti reach a resort along with goons and are pushed in the swimming pool. Abir and Kunal arrive at the same time and reveal it was their plan.