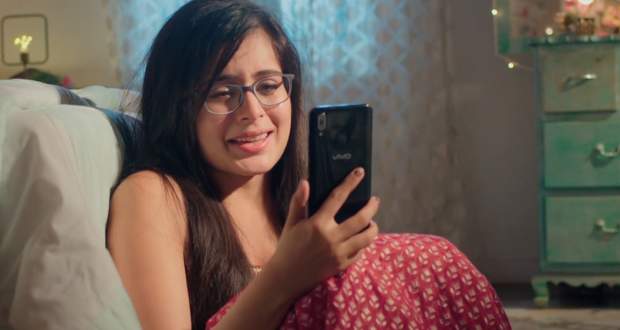 Today's YRHPK 19 Sep episode starts with Abir trying to talk to Vishambhar while Mishti wishes to talk to her Bade papa. Vishambhar is not ready to listen to Abir and tells Mishti to go inside the house.

Kunal decides to sleep in same bed as Kuhu and says he is falling in love. Jasmeet calls Kuhu and tells her everything.

Kuhu is not happy with Mishti’s sadness while Rajshri questions Mishti about the exact time since they have been in a relationship.

Mishti says she was in a dilemma for long period of time but couldn’t hide her feelings for long as Abir also loves her.

Varsha is determined to break Mishti and Abir’s relation for Kuhu. Meanwhile, Abir tells his Naanu and asks for support.

Rajshri doesn’t like Varsha’s opinion while Vishambhar is not happy with Mishti hiding such a big truth. He feels disheartened with Mishti’s actions.

Varsha requests Mishti to break her relation with Abir. At the same time, Yashpal is upset with the situations at their house and Kunal’s anger.

Later, Mishti is really upset with the situation and video calls Abir. She tells him everything and feels helpless in the situation.

Abir promises Mishti that he will stay with her on call. In the morning, Rajshri says Mishti is wrong and that she is not their blood.

Vishambhar takes Mishti’s side and wants to support her. Rajshri wants him to talk to Abir while Varsha requests to break their alliance for Kuhu.