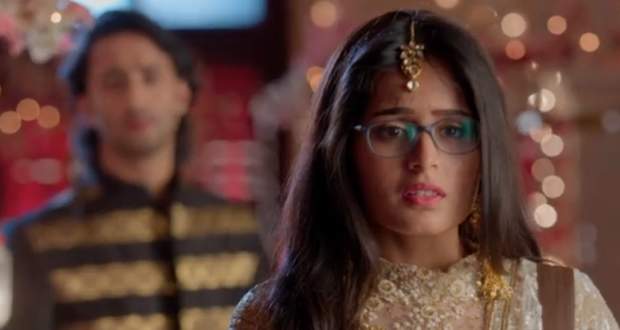 Today's YRHPK 1 Aug episode starts with Meenakshi still threatening Mishti and telling her to do as she says. She says she will not let her family break and that Mishti has to leave Abir.

Mishti feels shattered and helpless. She receives a text from Abir and wonders what she will say to him. He calls out her name and enquires if everything is alright.

She says she got tired of waiting and wants to go to her family now. Later, Meenakshi and Kunal plan their next move.

Meanwhile, Varsha gets worried about showing Kuhu’s birth certificate as her name is not written in place of the mother’s name. Rajshri wants Varsha to tell them the truth about Kuhu’s biological mother but Varsha is scared about Meenakshi’s reaction.

Later, Abir wishes to talk to Mishti but she ignores him. Mishti lies that she just wanted to talk and thank him. She reveals she is scared that she might become the reason for the breaking of Kuhu and Kunal’s relation.

Mishti wishes to tell the whole family something. She reveals her feelings and love for Abir and how she fought against them.

She says she loves Abir a lot. Abir says he also feels the same way. Everybody gets shocked to learn this truth.