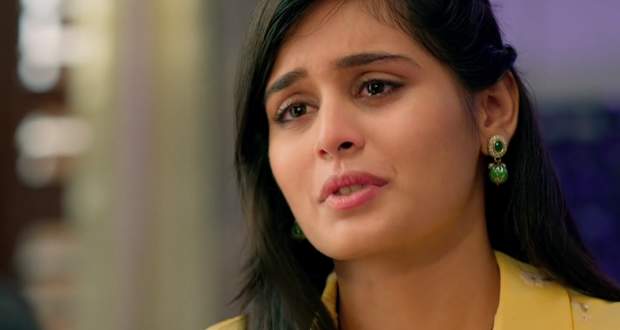 Today's YRHPK 1 Aug episode starts with Abir painting to get his frustration out. Abir is in a dilemma while Kaushal doesn’t want him to go before the wedding.

He offers to help with Mishti while Abir doesn’t want Mishti to participate much in the wedding. Kaushal assures him that he will talk to the family about Mishti needing rest.

Meanwhile, Meenakshi repeats the exact same words she said to Varun. She gets upset with her for talking against Mishti to outside people. She further doesn’t need any help from Kuhu.

In the morning, Mishti is upset with the situation while Abir assures her she doesn’t need to be part of the marriage. At the same time, Varun comes to stay at Rajvansh house as his house is painting and he is allergic.

Abir offers to eat with Mishti in their room while Mishti wants to eat breakfast with the family. Mishti gets shocked to learn that Varun with stay with them for the next two days.

Varun continues to talk about Karan and makes inappropriate jokes. Varun jokes about murder mystery while Mishti gets really scared with his words.

Meanwhile, Kuhu writes a similar letter which was found by Abir stating she knows Mishti’s secret and it will be out soon. Meenakshi learns that Karan died because of an accident.

Varun continues to talk about Karan while Mishti gets really scared and runs towards her room.