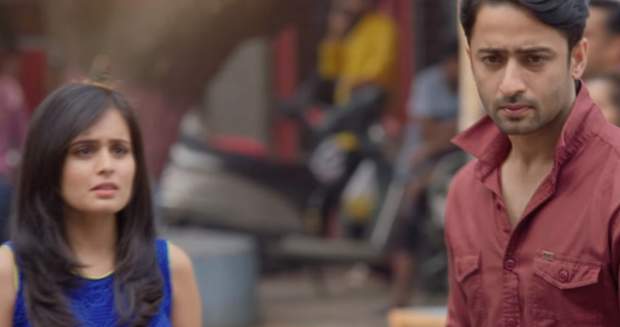 Today's YRHPK 1 Jan episode starts with Mishti accusing Meenakshi of enticing her family against her. Meenakshi asks her to leave while Mishti accuses her of being selfish.

Parul stops her for talking further while Mishti apologizes to her. Mishti promises Meenakshi that she will take what is hers while Meenakshi doesn’t want her to be part of her family.

Mishti asks Abir to meet him while Nishant is angry. Rajshri comes to meet him and wants to have some serious conversation.

Nishant wants to know if she gets a chance to choose between Abir and him, who she will choose. Rajshri closes her eyes and sees Abir with Mishti.

She explains she will give a chance to both and will see who wants Mishti in any situation. Later, Mishti and Abir see each other and feel everything will be alright.

Mishti wants to explain while Abir doesn’t listen to her. Mishti again tries to explain her situation while Abir says that they are the past and her future is someone else.

Abir wants Mishti to ask him to stop him once while Nishant meets her. She is about to call Abir but Nishant doesn’t let her. Abir thinks Mishti has moved on.

Meenakshi learns that Mishti is getting married to Nishant. Meanwhile, Nishant tries to tell Mishti that he loves her but Mishti calls him his best friend.

Abir learns from Meenakshi that Mishti is getting married to Nishant.