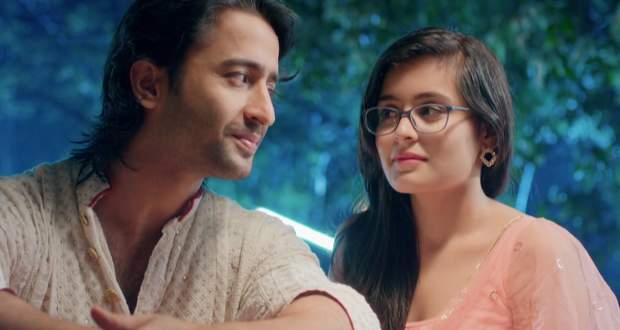 Today's YRHPK 1 Nov episode starts with Abir and Mishti talking about their future. Meanwhile, Meenakshi is worried about Mehul while Kunal wishes to get the house renovated.

He further wishes to help in stopping Abir from moving out. Meenakshi asks him not to fight with Kuhu as she is already upset about Abir.

Rajshri wants to go for an outing with Mishti and Kuhu and at the same time, she gets a call from Abir who informs her about being busy for the rest of the night.

Mishti and Abir spend some romantic moments on top of the bus. Meanwhile, Mehul talks on the phone and says he will give some money early.

He tries to take money from the temple while Parul stops him. However, Mehul continues to mock her and says he has already defeated Meenakshi. He further warns about the next morning.

Abir and Mishti reach a marriage bureau and Abir asks Mishti to get married to him at the same time. Abir feels insecure about Mishti denying marrying him.

Mishti gets upset with Abir’s words. She makes him understand that their bond will not break even if their family members want them to.

Mishti is determined to reunite Abir with his family and show the true face of his father.

© Copyright tellybest.com, 2018 & 2019. All Rights Reserved. Unauthorized use and/or duplication of this material without written permission from tellybest.com is strictly prohibited.
Cached Saved on: Thursday 30th of January 2020 06:24:07 PMCached Disp on: Sunday 23rd of February 2020 07:26:54 AM