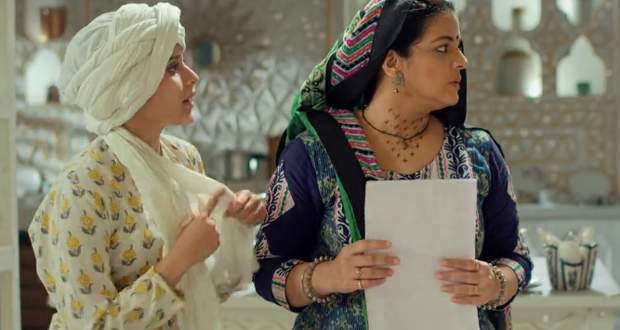 Kunal says a lot against Mishti and even suggests Mishti doesn’t deserve Kuhu’s help. Mishti comes and stops their fight and asks Kuhu to speak up the truth.

Kuhu lies again and Kunal points the fact that Kuhu doesn’t like butterscotch flavor. Kunal asks Abir to not make noises and move out of the room. Abir warns Kunal that he will find the truth one day and feel guilty.

Mishti consoles Abir while Abir is furious with Kuhu’s behavior and lies. Parul gets really upset with Abir and Kunal’s fight and prays in front of god. The next morning, Mishti talks to their unborn child through their diary to cheer Abir up.

Kuhu and Kunal criticize Abir and Mishti’s attitude. Meanwhile, Abir and Mishti are also guilty about their decision of surrogacy. Later, Kunal hires two nurses to take care of Kuhu.

Kunal asks Mishti to stay away from Kuhu to let her stay happy. He further criticizes Mishti for her mistake and even points that she might not be a good mother after all.

Mishti imagines them being together but she is all alone with only Abir by her side. Later, Mishti decides something to stay with her baby and takes the look of Jugnu to work in the kitchen. Parul lies to Kuhu while Nidhi exposes Mishti’s secret. Kuhu refuses to drink soup.