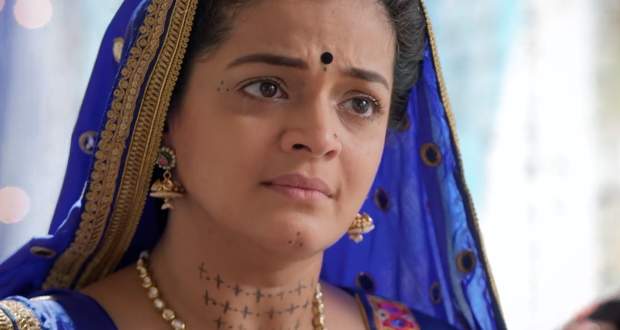 Today's YRHPK 20 Aug episode starts with Maheshwari's' getting worried about the Baraat getting late. Kuhu comes and says Kunal’s phone is not reachable.

Meanwhile, Meenakshi confronts Parul and says everything will be fine. Parul blames her for not doing her end of the bargain with Mishti.

She requests not to end the relationship. Later, Kuhu video calls Ketki and Yashpal compliment her for looking very pretty on her wedding day.

Parul wants Meenakshi to call Kunal as she must know where he is. Meenakshi doesn’t want to marry her son in Maheshwari house and wants to insult them as well.

Abir listens to everything and promises his mother that if Kunal doesn’t arrive in the next 15 minutes, he will reveal everything to the whole world.

Later, Meenakshi asks Parul to help her in controlling Abir. Parul agrees but on the condition of bringing back Kunal.

She later warns that if Meenakshi doesn’t bring Kunal back then she will take charge of being Kunal’s real mother. She further reveals she handed Kunal to Meenakshi for a better upbringing.

Abir again warns Meenakshi for bringing Kunal back or else he will reveal the whole truth to Maheshwari's and will never return home.

© Copyright tellybest.com, 2018 & 2019. All Rights Reserved. Unauthorized use and/or duplication of this material without written permission from tellybest.com is strictly prohibited.
Cached Saved on: Tuesday 14th of July 2020 03:13:33 PM