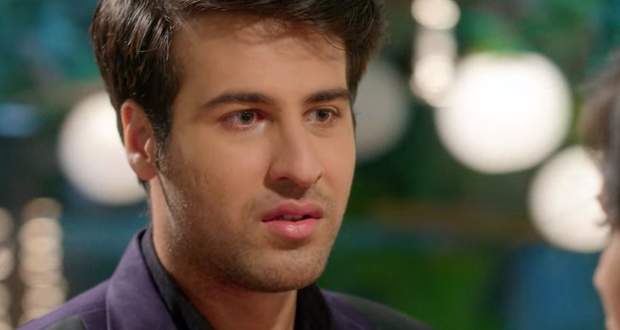 Today's YRHPK 20 Dec episode starts with Kunal offering Nishant the drink mixed with alcohol. Kunal decides not to let Nishant drink it and snatches the glass from him.

Kunal meets Abir outside the house while Mishti wishes to meet Abir after the party. Nishant wishes to tell something to Mishti but she hands him the same spiked drink.

Abir can see Kunal is disturbed and is suspicious that Meenakshi has again tried to use Kunal. Abir unknowingly drops the same pendent of Mishti in front of her house.

Later, Kuhu gets scared of Nishant’s condition and asks Kunal to bring the doctor. Kunal gets shocked to learn that Nishant was an addict.

Mishti tries to keep everyone away from Nishant during his seizers while Shaurya wonders if he got drunk again. Later, Abir confronts Parul about Kunal being disturbed.

Parul is also worried about Kunal while Abir thinks Meenakshi is pressurizing him. Abir wishes to tell Kunal the truth about his parenthood.

Abir consoles her and she agrees for his proposition. Later, Kunal gets really disturbed and wants to know why Kuhu didn’t tell him before that Nishant was an addict.

He accidentally says that he wouldn’t have mixed alcohol if he knew. Mishti overhears the conversation and asks him about the type of alcohol.

Mishti asks Kuhu to tell the truth to the doctor and cover-up for Kunal. Later, Mishti confronts Kunal and Kunal reveal he wanted to know if Nishant is doing some drama along with her.

Mishti calls Kunal a puppet and later tells him that he is Parul’s son.

© Copyright tellybest.com, 2018 & 2019. All Rights Reserved. Unauthorized use and/or duplication of this material without written permission from tellybest.com is strictly prohibited.
Cached Saved on: Saturday 1st of February 2020 09:05:40 PMCached Disp on: Tuesday 18th of February 2020 11:53:25 AM