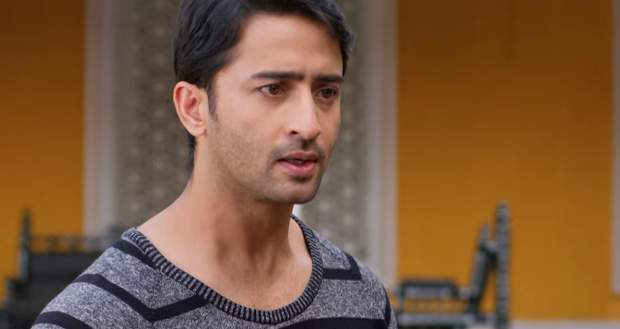 Nishant witnesses this and is confused. Meanwhile, Abir returns and asks about Parul while Meenakshi wants him to get married first.

Meenakshi admits that she has blackmailed Abir and confesses her deeds. Abir is on a video call with Kunal who is in jail. Parul gets out of jail with the help of this proof.

Abir says he will never get married to anyone else. Elsewhere, Jasmeet creates a scene as Mishti went missing while Mishti reveals she had gone to meet Abir.

Mishti reveals that she has told Abir to not return as she has moved on. Kuhu learns that Parul is returning while Kunal brings his mother home.

Meenakshi is upset with her losing against Abir while Yashpal tries to make her realize she is wrong. Meenakshi declares that she will leave the house if Abir brings Mishti home.

Meanwhile, Kunal brings Parul home and also saves her when is about to fall. Later, Vishambhar is upset with Mishti’s past returning again and again.

Abir is upset with Nishant and Mishti’s relationship. Later, he calls Nishant to meet him and asks him not to marry Mishti. Abir is sure that Mishti will forgive her.

Abir tries to explain that despite everything Mishti and Abir still love each other. Nishant asks Abir to leave their lives while Abir is adamant to stay.

© Copyright tellybest.com, 2018 & 2019. All Rights Reserved. Unauthorized use and/or duplication of this material without written permission from tellybest.com is strictly prohibited.
Cached Saved on: Wednesday 8th of April 2020 06:42:33 AM