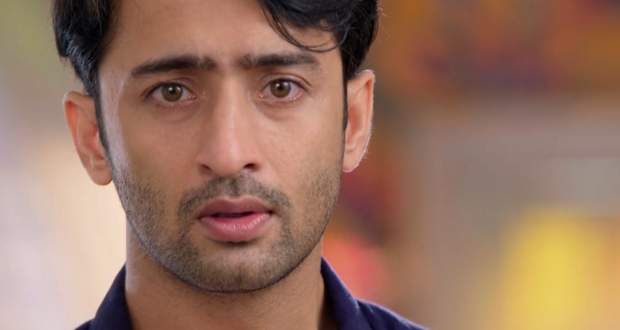 Today's YRHPK 20 Jul episode starts with Abir searching for the list of morgues and the bodies shifted on the same date. Meanwhile, Kuhu acts of caring for Mishti and apologizes to her.

Kuhu shares that she misses Kunal while Mishti also consoles her. Kuhu asks her about her illness while Mishti again gets nervous. Meenakshi witnesses everything but stays quiet.

Varun gets mad at his servant for not taking care of a watch while later he reveals he was joking. His mother shows him the video of Rajvansh family dancing and mourns the demise of Karan.

Abir is unable to get information about one body that was shifted in a morgue due to the slow internet. Meanwhile, Kuhu tries to probe Mishti for information while Varun comes running at the same time.

He puts red color on Mishti and falls down on the floor. Mishti gets scared to see him covered in red color and remembers the night of the incident. She runs towards her room while Kuhu follows her.

Mishti is shaking in her room while Abir asks Kuhu to leave them alone. Abir tries to console Mishti while Meenakshi creates drama as she is upset with Mishti’s behavior.

Abir fights with god and wants him to make things right. Mishti gives him hope that things will get better. Later, Mishti apologizes to Kuhu while Kuhu says she will never fight with her.

Abir receives a letter stating he knows Mishti’s secret. Abir gets confused to see it and assures Parul that he will never leave home. Later, Varun arrives again and Mishti explains her situation.

Varun apologizes for putting red color on her while Meenakshi taunts Abir.