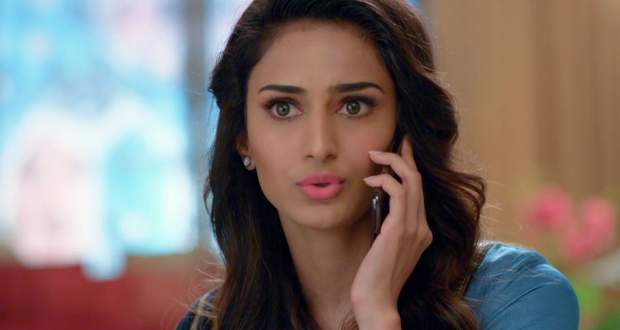 Komolika starts shouting at Anurag’s family and thinks Anurag has helped Prerna. Mohini thinks the whole plan is of Mr. Bajaj and Anurag doesn’t have any hand in it. Mohini also taunts Nivedita for marrying a poor guy.

Bajaj supports Prerna’s every decision and asks Raj to follow her command. Prerna receives a call from Komolika and invites her for the launch party of Bajaj city.

Kukki is upset about her dad ignoring her and shares it with Anushka. Kaushik comes and asks why she is crying while Kukki avoids talking to him.

Anushka wants Kukki to consider Kaushik in his life while Kaushak’s friend also thinks he likes Kukki. Later, Anurag finds Komolika in his office with the newspaper.

Anurag shows his annoyance for the news while Komolika reveals they are going for Prerna’s launch party. She further decides to spoil her party. Later, Kukki finds Kaushik at her party and both share some Nok-Jhok moments.

Prerna decides to wear the same saree gifted by Anurag. She wants to destroy Anurag and see the look on his face.

© Copyright tellybest.com, 2018, 2019, 2020. All Rights Reserved. Unauthorized use and/or duplication of this material without written permission from tellybest.com is strictly prohibited.
Cached Saved on: Tuesday 27th of October 2020 10:59:38 PM