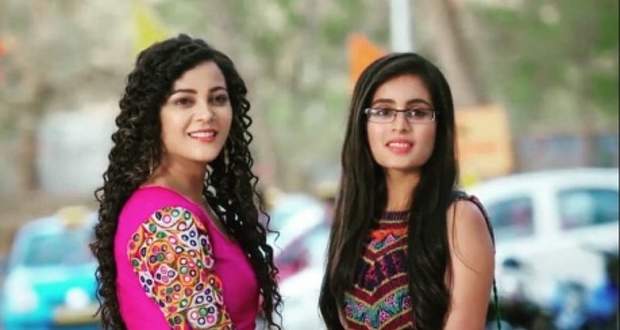 Today's YRHPK 20 Jun episode starts with Kunal thanking Abir for not getting into an argument with Meenakshi. Kunal also helps Abir in choosing colors for his painting.

Abir gets shocked on seeing Kunals’ strange behavior. Abir says to Kunal that Kuhu is the only color in his life.  Kunal counters him by saying that Kuhu is like a rainbow and not just a single color.

Mishty and Varsha get tensed when they learn about Kuhu being missing from the house. Mishty decided to find Kuhu.

Abir gets delighted to learn about Kunal’s special feelings for Kuhu. Meanwhile, Mishty searches for Kuhu in the market.

Varsha calls Mishty to inquire about Kuhu. Mishty breaks down in tears while blaming herself for the chaos. Mishty gathers courage and decides to find Kuhu at every cost.

She sees Abir in front of her and hugs him while crying. Abir tells Mishty that Kuhu called him and shared her worries with him.

Abir and Mishty come to the hotel where Kuhu is there. They get worried when they find Kuhu sitting on the terrace roof.

Kuhu is drunk. Abir and Mishty try hard to convince Kuhu to come down. Abir manages to bring her down. Mishty says we should first get sure about Kunal’s feelings so that we don’t hurt anyone in the chaos.

Abir calls Kunal. Kunal avoids talking to him as he is in a meeting. Mishty requests Kunal to come over. Kunal refuses.