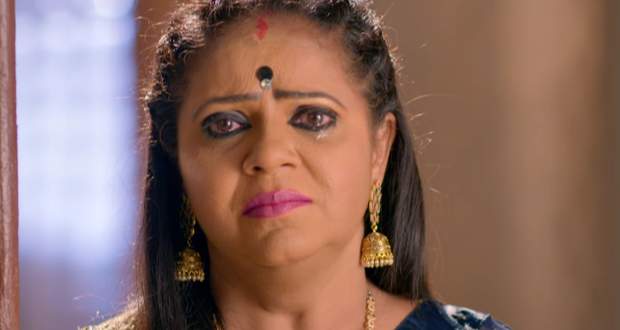 Today's YRHPK 20 Mar episode starts with Abir talking to Yashpal and making fun of Meenakshi. Kunal and Abir ask Yashpal for some idea while Yashpal asks them to enjoy the honeymoon.

Kuhu and Mishti ask for room keys while only Mishti gets the key. Kuhu wishes to share the room as Kunal has paid for it. Meanwhile, Yashpal tells Parul the truth about Abir and Kunal going to a resort and asks her not to tell Meenakshi.

Parul shows her worries for Kunal while Meenakshi doesn’t want Parul to interfere in her matters. Meanwhile, Mishti and Kuhu find a girl named Charmi unhappy with her outfit for her engagement.

Kuhu offers to help while Mishti tags along. Abir is using Charmi to console Mishti and Kuhu. Elsewhere, Yashpal asks Kaushal to message Abir that Kunal should switch off his phone. He accidentally sends the message to Meenakshi.

Abir and Kunal dance on a romantic song to impress Mishti and Kuhu. Later, Kaushal and Yashpal try to steal Meenakshi’s phone while Ketki had already deleted the message.

Abir and Mishti fight over Charmi's name while Kunal and Kuhu are not able to get a room. Mishti asks Kuhu and Kunal to stay in their room and they suggest staying at the poolside.

Meenakshi is not able to reach Kunal’s phone and later learns from the tracking app that Kunal and Abir are at a resort.