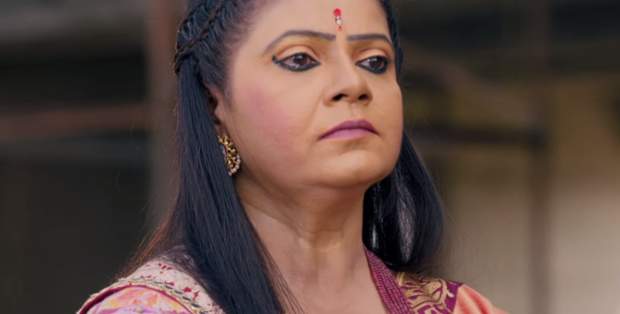 Today's YRHPK 20 Nov episode starts with Abir accusing Meenakshi of stating a horrible fact. Parul confirms that Kunal is her son and Meenakshi helped them in their hard times.

Meenakshi states Kunal is the illegitimate child of a thief. Meanwhile, Maheshwaris are present near the same place and take a selfie.

Meenakshi threatens to tell the truth to the whole world about Kunal. She further says she gave respect to Parul and Kunal in society.

She wants Abir to break his relation with Mishti or else she will take the roof off Kunal’s head. She threatens to reveal the truth and throw Kunal out of the house.

Parul requests Abir to stop the truth from getting revealed. Meanwhile, Maheshwaris arrive at Rajvansh house and Rajshri enquires about Meenakshi.

Later, Kunal asks to take Kuhu to their room to ask about the details of the renovation. Kunal apologizes to Kuhu in private and says he will tell everyone about their relationship.

Kuhu wonders if Kunal can give another chance to their marriage. At the same time, Abir is shattered with the condition put forward by Meenakshi as he loves Mishti.

Mishti wonders how painful it will be if she gets in a fight with Abir. Meanwhile, Abir and Kunal share an emotional moment in the temple.

Upcoming Yeh Rishtey Hai Pyaar Ke episode update: Abir accuses Mishti of lying to him and breaks his engagement with her.