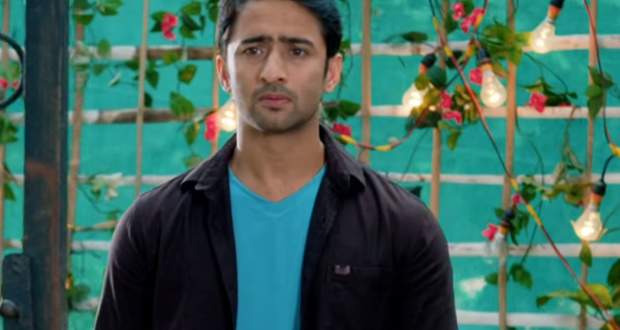 Today's YRHPK 21 Jan episode starts with Jasmeet getting in the car with Mishti to take her for a surprise. Rajshri is not happy with the rushed marriage while Varsha thinks Abir is not the right guy for Mishti.

Mishti brings Jasmeet to her favorite boutique while later Meenakshi meets them. She entices them for choosing Mishti for marriage.

Meenakshi also warns them to hurry with the wedding as Abir will not give up easily. Nishant calls Abir and asks him to come for Mehendi function.

Nishant refuses to give up while Abir is sure that Mishti still has feelings for him. Later, Kuhu threatens Kunal of entering Maheshwari house.

Kunal and Yashpal say they are invited so they will go for the function. The function starts and Nishant is adamant to defeat Abir.

Yashpal and Kunal arrive for the function while Nishant continues to wait for Abir. Everyone is happy and enjoys the function except Mishti who waits for Abir.

She imagines Abir arriving and writing A on her hand with Mehendi. Later, Abir meets Rajshri and apologizes for his mistakes. Rajshri says it is too late for his apology.

Abir rushes inside to save Mishti’s life and later apologizes to Mishti. Nishant wants Abir to go and pushes him while Abir refuses to hurt Mishti.