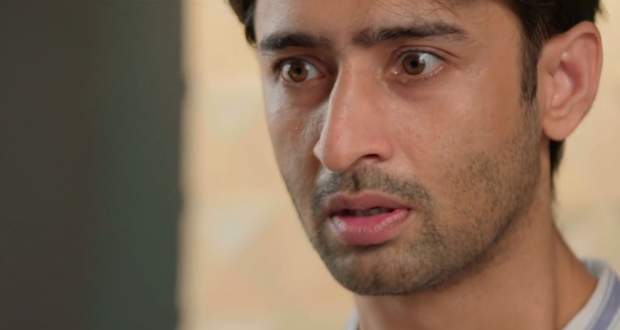 Today's YRHPK 21 Jul episode starts with Meenakshi taunting Abir about being close to Mishti. Varun invites the Rajvansh family to his house for lunch.

Mishti serves coffee to everyone while Kuhu says she will not be able to make it for lunch. Nidhi asks if the coffee is made by Mishti as Kuhu can mix anything in it.

Abir wants Mishti to share her feelings and not just pretend to be normal. Later, they reach Varun’s house and Varun again makes an inappropriate joke.

Abir also jokes about not eating anything at his house. Later, Abir asks Jugnu to check the CCTV image of their main gate to see who has given the letter.

Mishti and Ketki try to console Varun while Jugnu watches the CCTV footage. Meenakshi asks Kuhu to continue her work and search in Abir-Mishti’s room.

Jugnu is about to see who put the envelope when Kuhu comes and he accidentally deletes CCTV footage. Kuhu checks the laptop and finds Abir is asking for numbers of hospitals and morgues.

Varun again makes a joke and calls Abir and Mishti villain. He continues to make inappropriate jokes while Mishti sees the same watch on Varun’s hand which was worn by her attacker.

She tells the same to Abir while he calls it a coincidence. Mishti goes into the washroom while Abir finds the photo of Varun and Mishti’s attacker.

He remembers the night of the incident and hides the photograph from Mishti. Varun comes into the room and offers to give medicine to Mishti. Abir again distracts Mishti so that she doesn’t see the photo.

One of the numbers given to Abir is of Varun’s family and Ketki picks up the phone.

© Copyright tellybest.com, 2018, 2019, 2020. All Rights Reserved. Unauthorized use and/or duplication of this material without written permission from tellybest.com is strictly prohibited.
Cached Saved on: Tuesday 27th of October 2020 11:41:39 PM