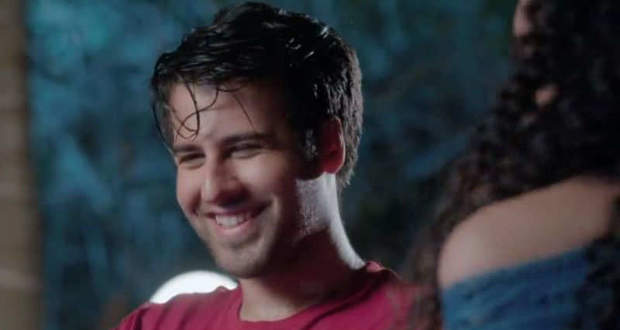 Kuhu gets delighted to see Kunal there. Kunal and Kuhu share an emotional moment together. Mishty and Abir get happy to see them together.

Abir questions Mishty if she feels that Kunal and Kuhu are in love or not. Mishty says there is a sure possibility of something happening between them.

Meenakshi watches all this secretly and fumes in anger. Kunal drops Kuhu back home.

Kaushal and Naanu discuss Vishambhar and Meenakshi’s face-off in the temple. Naanu says Meenakshi can never harm the Maheshwari family because Abir will always support them.

Rajshri and Varsha question Mishty about what happened to them. Mishty cooks up a story and says she will tell her everything later. Abir narrates everything to Naanu.

Abir and Naanu come to Kunal to question him about his feelings for Kuhu. Abir texts Mishty to ask about her worry. Mishty gets delighted.

In the morning, Abir takes Kunal out for breakfast. Mishty also urges Kuhu to get ready for the breakfast date with Kunal.

On their way, Kunal and Abir see Shweta on the road. Kunal stares at her. He says he will drop Shweta to her hotel as he needs some answers from her.