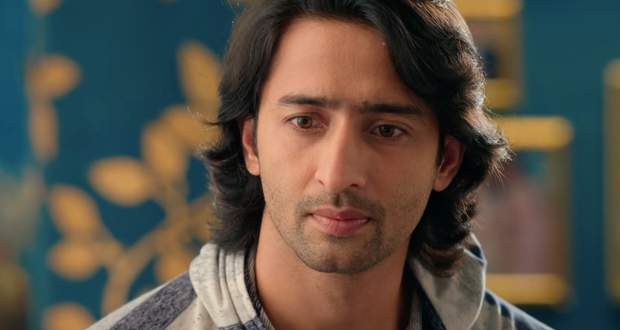 Today's YRHPK 21 Oct episode starts with Kuhu and Mishti being upset with their own problems. Kuhu says she will talk to Kunal while Varsha doesn’t want her to interfere.

Mishti wishes to talk to Abir and then take a decision. Meanwhile, Abir is upset with the situation and remembers his father’s words.

Yashpal warns Abir to not take his father’s footsteps as he will get far away from the family. Abir is disheartened while Yashpal tries to console him.

Abir doesn’t want to live with conditions and in the morning arrives at Maheshwari house to talk to the elders of the family.

Meenakshi comes in Abir’s room and fears if he left home. At the same time, Mehul comes and is happy with Abir hating Meenakshi.

Abir says Mishti doesn’t have to make every one like her. He doesn’t want Mishti to compromise while living with his family.

Mishti wishes to talk to Abir while he declares that he wants to stay away from family after marriage. He says he will live with just Mishti and his father.

Meanwhile, Yashpal wants everyone’s help in the family to save their relationships from falling apart. The family agrees to help him in keeping the family together.

Vishambhar wants Mishti to take the decision while Abir tells his mother about his decision. Meenakshi gets devastated with his declaration while Mehul is delighted.