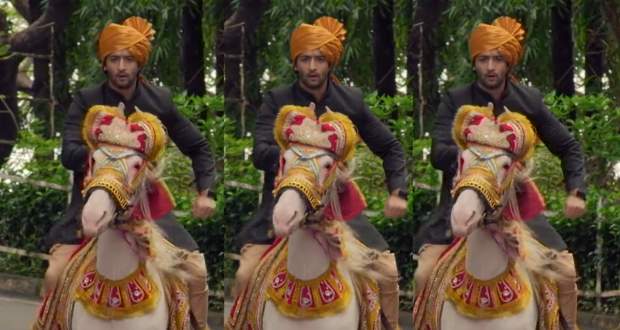 Today's YRHPK 22 Aug episode starts with Kunal and Kuhu starting with the wedding rituals. Kunal is clearly not happy with the forced wedding while Kuhu is delighted.

Abir enquires about Mishti from Vishambhar. Vishambhar says they did as was told by Meenakshi. He further says that Mishti is at the airport and her flight will soon take off.

Kunal still blames Mishti for everything and also blames his mother for breaking his trust. Meanwhile, Abir decides to go on a white horse to stop Mishti.

At the same time, Kunal acts weird and is upset. Everybody wonders why he is behaving in such a way.

At the airport, Abir gets worried as he can’t buy the ticket without a wallet. He meets his old friend Ellie who tells the security about Abir and his accomplishments.

Abir gets restless to learn that Mishti has already boarded the flight. The other passengers waiting for their flights also start calling out for Mishti.

Mishti listens to her name being called and stops.

Upcoming Yeh Rishtey Hai Pyaar Ke episode update: Kunal warns her mother about turning evil if the marriage doesn’t stop while Abir and Mishti declare their love for each other.