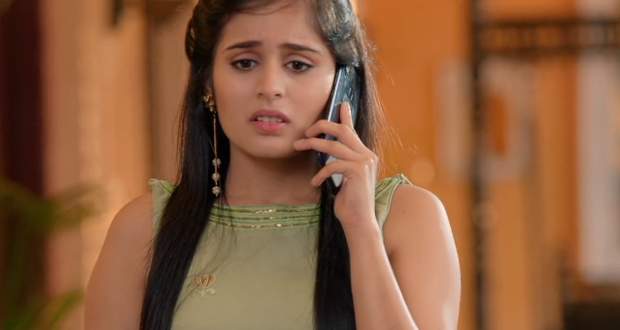 Kuhu and Mishti return home while Meenakshi is still upset with them. Varsha asks Kuhu to get Kunal back in Rajvansh house while Rajshri asks Mishti to make things right.

Mishti decides to talk to Meenakshi. Kunal completes his office work while Abir tells Meenakshi that they won’t return home. Meenakshi is furious and asks Vishambhar to send her sons back.

She further threatens to throw Mishti and Kuhu out of the house. Mishti feels guilty for spoiling the happiness of the family and also feels pain in her stomach.

She gets a call from Bade Papa and plans to meet him in front of their house. Meanwhile, Rajshri tells the story of the dollhouse owned by Mishti.

Kuhu wanted the same dollhouse but they were not able to find it. Kuhu broke the dollhouse and nobody scolded her. Rajshri explains they never knew Mishti and Kuhu’s hatred will keep on growing with time.

Abir thinks Mishti and Kuhu have sisterly love while Varsha doesn’t want Kunal to spoil his relationship with Kuhu. Abir tells Rajshri that they are planning to have a baby.

Vishambhar feels the need to apologize to Meenakshi while Mishti feels guilty. Mishti is adamant to make things right and bring Abir and Kunal back home.