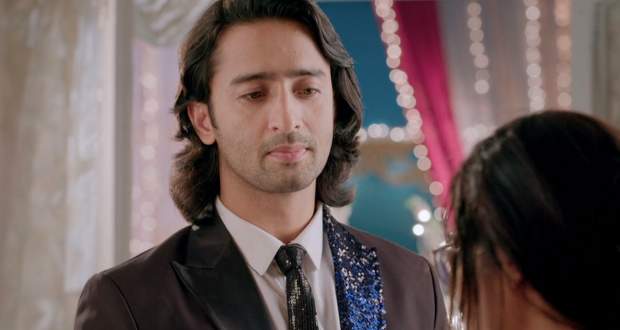 Today's YRHPK 22 Jul episode starts with Abir confronting Yashpal about his mother and aunt for keeping some secrets.

Yashpal says they both are best friends and sure have some secrets.

Yashpal tells Abir to concentrate on love rather than old age things. He gives him various ideas to express his love for Mishti.

At the Maheshwari house, everybody is preparing for Kuhu’s engagement while Mishti is ready to go outside. Abir calls Vishambhar and asks Mishti to send for one hour for some NGO work.

Vishambhar gets mad at everyone including Varsha and Jasmeet. He further says they have always proved Mishti is an outsider.

Later, Shweta calls at Rajvansh house and Parul receives the call. Kunal is standing right behind her and feels weird to hear the name Shwet.

Meenakshi comes and handles the situation.

Mishti is upset in the NGO when Vishambhar visits her. He says he didn’t like she left the rituals and tells her to come with him.

Varsha welcomes her future son-in-law. Kuhu wonders if Mishti likes Abir while Mishti says she doesn’t like anyone.

Abir hears everything and enters the room to give the bracelet to Mishti.

© Copyright tellybest.com, 2018 & 2019. All Rights Reserved. Unauthorized use and/or duplication of this material without written permission from tellybest.com is strictly prohibited.
Cached Saved on: Sunday 7th of June 2020 03:02:12 AM