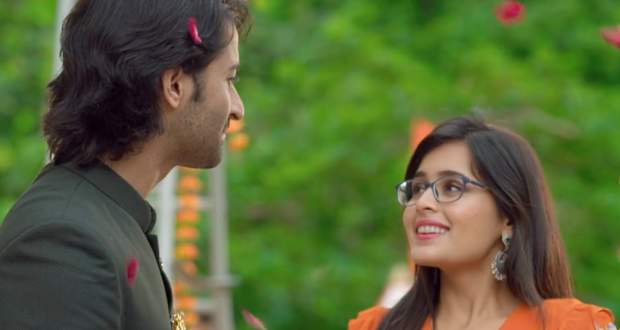 Today's YRHPK 23 Aug episode starts with Abir getting disappointed to learn that flight to Mumbai is about to take off. He decides to leave but at the same time, Mishti comes and stops him.

They get the perfect reunion and the passengers start applauding for them. Meanwhile, Kunal is not happy with his mother and tells her to break the marriage.

He warns his mother that he will turn evil if she fails to stop the wedding. Meenakshi feels helpless and blames Parul for her condition.

At the same time, Abir takes Mishti to a temple and says he wants to name their relationship.

Kuhu and Kunal’s wedding rituals began and Kunal wants his Parul Maasi to tie the knot. Meanwhile, Mishti asks Abir if there can be something more than friendship between them.

Abir and Mishti continue to share some cute moments at the temple with flower petals showering from above. Abir confesses his love for Mishti first and later Mishti also admits she is in love with him.