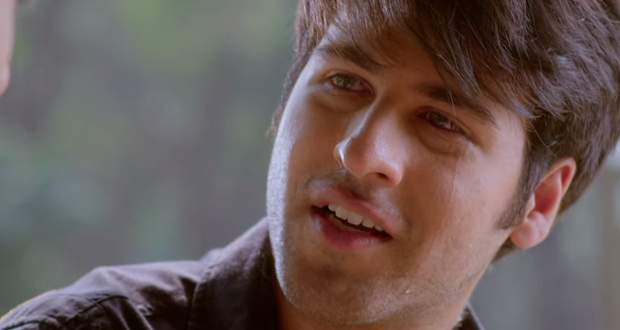 Today's YRHPK 23 Dec episode starts with Mishti saying harsh words to Kunal. Kunal gets shattered to learn that he is Parul’s son. Meanwhile, Abir is on his way to tell him the truth.

He comes in front of his car and questions if Meenakshi is not his mother. At the same time, Mishti realizes that she shouldn’t have involved Nishant in her plan.

She further realizes that she accidentally told Kunal the truth. Meanwhile, Kunal tells Abir that Mishti told him that Meenakshi is not his mother.

Kunal gets upset to learn that it is the truth and starts riding a bike in a rash way. Later, Kunal gets in a dangerous situation as he hangs on a tree branch.

Abir heroically saves Kunal and slaps him in anger. They both hug each other and share an emotional moment. Later, in the morning, Abir explains everything to Kunal.

Abir lies to Kunal and says he knew from the beginning. Kunal enquires who all know the truth and Abir wants him to deal with the truth.

Abir wonders why Mishti told the truth to Kunal in such a situation. Meanwhile, Nishant gains conscious and gets worried for Kunal as well.

Rajshri and Vishambhar discuss Mishti and Nishant’s friendship. Mishti messages Abir and wishes to meet him. Meanwhile, Meenakshi wonders if Kunal did what he was told.

Abir and Kunal arrive home and Kunal doesn’t want anyone to know that he knows the truth.