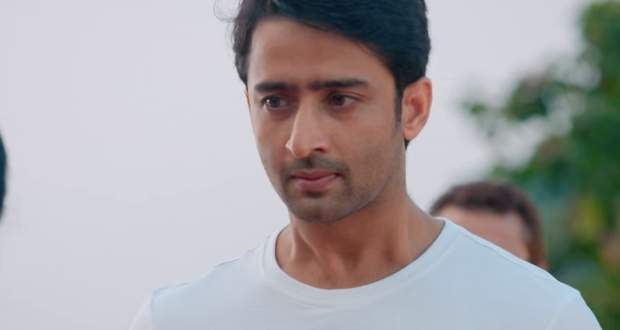 Today's YRHPK 23 Jan episode starts with Mishti realizing that it is the same temple where Abir confessed his love. Meanwhile, Abir is at the temple praying to the goddess while Mishti also arrives there.

Abir and Mishti get shocked to see each other while Maheshwari family is also stunned. Abir decides to leave while the Moli Pooja starts.

Mrs. Parekh arrives at the temple and starts insulting Mishti. She further points at Mishti’s failed marriages while Mishti also points at his son’s wedding.

Mrs. Parekh continues to insult Mishti while at the same time, Abir arrives and defends her. Abir explains Mishti is the best girl anyone can have and that Nishant is brought up in such a way that he can’t insult the elders.

Mrs. Parekh further wants to know why Abir left Mishti if she is so great. Abir praises Mishti for being precious that any ornament and that he did a huge mistake by leaving her.

Parul tries to explain but Vishambhar interrupts her. They all decide to leave while Mishti’s dupatta gets stuck in Abir’s watch. Later, Nishant is asked to bring Mishti while Parul wants Abir to tell her the truth.

Abir tries to tell Mishti but she is not ready to listen. Nishant confronts Abir and takes the Moli that fell on the floor from Mishti’s hand.

Abir tells Nishant the truth about his mother’s blackmailing. He further promises if Mishti doesn’t change her decision after knowing the truth, he will never return in their life. Nishant takes Mishti in private to tell her the truth.

Upcoming Yeh Rishtey Hai Pyaar Ke episode update: Mishti hugs Abir while Abir promises her that he will continue to love her.

© Copyright tellybest.com, 2018 & 2019. All Rights Reserved. Unauthorized use and/or duplication of this material without written permission from tellybest.com is strictly prohibited.
Cached Saved on: Tuesday 7th of April 2020 11:16:42 AM