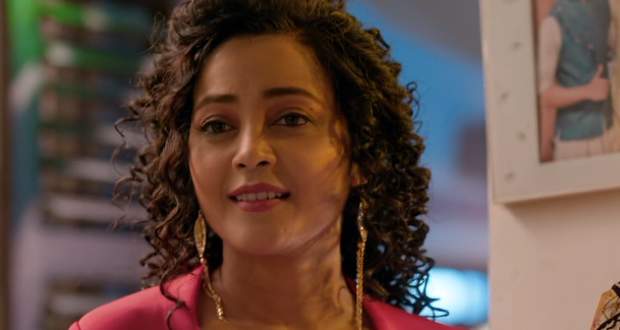 Today's YRHPK 23 Sep episode starts with Abir and Mishti spending some romantic moments together. Meanwhile, Kuhu is disturbed that she can’t go to the party.

Kuhu demands business share from Meenakshi while Meenakshi asks her to not repeat the same mistake. Parul compliments Mishti while Kuhu feels jealous.

Parul gives a Bal Gopal idol to Kuhu so that she and the baby remain safe. She asks her to keep looking at her childhood picture as Mishti wants the child to be like Kuhu.

Kuhu and Parul see Mishti and Abir on the TV while Kuhu wonders if she is wasting her time. The ad agency again asks her if she is sure about refusing to sign the modeling contract.

The next morning, Kunal apologizes to Kuhu while Kuhu is really upset with her changed life. Mishti cheer ups Kuhu by showing her the tickets for a movie.

Kuhu gets jealous of Mishti getting a car from Naanu and refuses to go to the movies. Mishti knows Kuhu is upset and decides to talk to her while Abir says he will talk to Naanu.

Kuhu receives a massage chair from Naanu while Nidhi talks about the FD in front of Kuhu. She gets really upset and gets angry with Mishti getting everything.

She thinks Mishti is getting everything while Mishti tries to console her. At the same time, Kuhu twists her ankle and is asked to rest. Meenakshi wants Kuhu to shift in the room downstairs.

Parul offers her room while Kuhu refuses. Meenakshi also likes Parul’s idea and Mishti apologizes to Kuhu for fighting with her. Varsha learns that Kuhu has twisted her ankle while Jaskirat learns that Kuhu is shifted to Parul’s room.

Kuhu tries to talk to Varsha but she refuses to even see her face. She even scares her of the possible problems.