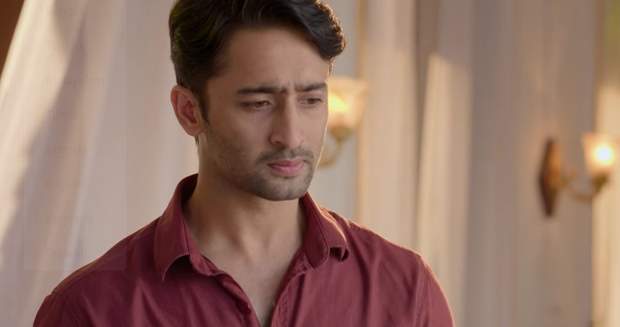 Today's YRHPK 24 Dec episode starts with Kunal asking Abir to not tell anyone that he knows the truth. Meenakshi says she was worried about Kunal and Abir.

She indirectly asks Kunal about their plan. Meenakshi wonders what happened with Nishant while Kunal is immersed in his own problems.

Meanwhile, Nishant makes fun of everyone for worrying so much for him. Mishti takes a selfie and everyone spends some quality family time.

Kunal is worried to stay alone in the Rajvansh home without Abir and wonders if Meenakshi loves him. Kunal further gets upset to see Parul and avoids the milkshake.

Mishti wonders if Kunal is fine as Abir has not seen her message. Later, she gets worried about Kunal as she never wanted to hurt him.

She finds the same mirror locket snatched by Abir after their breakup. She deduces that Abir always had that locket with him and he still loves her.

Parul hears Kunal speaking in his sleep and deduces he knows the truth. Later, Nishant learns from Mishti that Kunal spiked his drink.

Nishant talks ill against Kunal while later Mishti says few harsh words about Kunal. Abir listens to the half-truth and gets angry at Mishti.

Upcoming Yeh Rishtey Hai Pyaar Ke episode update: Abir asks Mishti to stay away from him and his family.

© Copyright tellybest.com, 2018 & 2019. All Rights Reserved. Unauthorized use and/or duplication of this material without written permission from tellybest.com is strictly prohibited.
Cached Saved on: Monday 6th of April 2020 09:01:24 PM