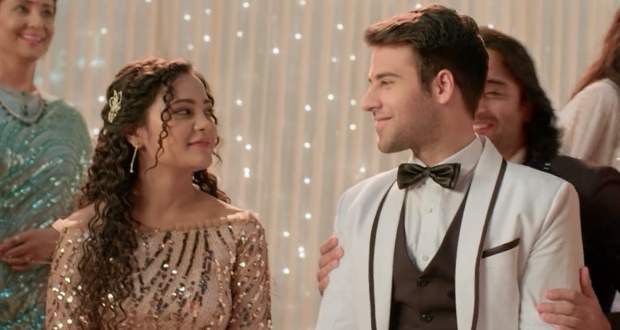 Today's YRHPK 24 Jul episode starts with Kunal coming inside with Abir. Yashpal wants Parul to give the engagement ring to Kunal.

Kunal and Kuhu perform the engagement rituals while Abir and Mishti continue to have a conversation through their eyes.

Yashpal starts to announce something about Abir and Mishti which shocks everyone. To everyone’s relief, he announces Mishti and Abir should take care of the Sangeet arrangements.

Later, Mishti and Abir talk over a video call. Abir says he will think about his question and that she has to answer.

Meanwhile, Kunal thanks Kuhu for trusting him. He further tells her that somebody is blackmailing him of leaking his and Shweta’s pictures.

Kunal says Mishti is the one who is blackmailing him. Kuhu doesn’t believe him at first but Kunal gets successful in convincing her.

Kunal emotionally blackmails Kuhu about doing as he says.

Next morning, Vishambhar receives the photographs of Kunal and Shweta. He enquires from Abir about the girl.