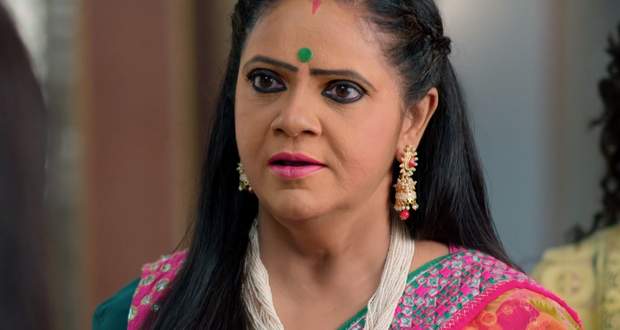 Today's YRHPK 24 Jul episode starts with Meenakshi asking about the letter. Abir lies that the letter is related to NGO work. He gets a call from Varun as he wants help in choosing Shervani.

Abir leaves while Mishti remembers to give him cards. Abir decides to hide the truth and burns the letter. Mishti gets shocked to see him burning the letter but doesn’t confront him.

Mishti decides to get help from someone to know what Abir is hiding. Kuhu witnesses Mishti leaving in a hurry and Jasmeet asks her to follow Mishti.

Abir goes to Varun’s house and gets worried to see Karan’s photograph. Varun makes weird jokes and then says he thinks his brother’s death was not because of an accident.

Mishti finds the number of her attacker’s family from Mandar. Meanwhile, Varun says he thinks someone attacked his brother with a heavy thing on his head and that’s why he died.

Mishti returns in a worried state while Jasmeet distracts her. Kuhu hides the cards that Mishti has forgotten to give to Abir again. Meanwhile, Kuhu gives the cards to Meenakshi and also tells her about Mishti meeting a man.

Abir again lies to Mishti and Meenakshi and Kuhu witness their awkward conversation. Later, Meenakshi gets mad at Mishti for not sending out the cards.

Nidhi and Jasmeet also taunt her while Meenakshi says Abir and Mishti don’t need to participate in preparations of Ketki’s marriage. Ketki finds out that Abir and Mishti are going to Bangalore next week.

Everybody wants to know if Abir and Mishti would attend the marriage. Abir defends Mishti and says they have to meet a doctor.

© Copyright tellybest.com, 2020, 2021. All Rights Reserved. Unauthorized use and/or duplication of any material from tellybest.com without written permission is strictly prohibited.
Cached Saved on: Sunday 9th of May 2021 09:25:34 PM