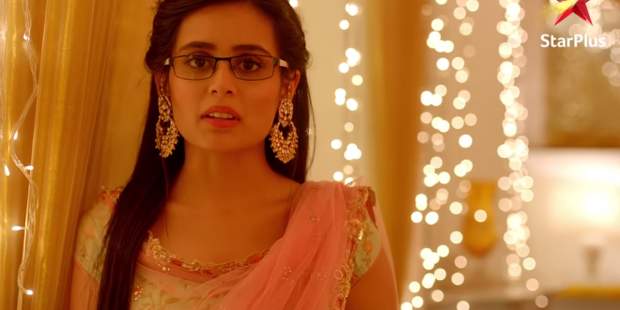 Today's YRHPK 24 Jun episode starts with Mishty waiting for Kunal and Abir. Abir texts Mishty that the date has been canceled. Mishty feels that there is something fishy.

Mishty tells Kuhu that the date is canceled. Kuhu gets angry at Mishty and blames her for playing games. Mishty and Kuhu get into an argument.

Kunal tells Shweta about his broken engagement. He questions her about the reason as to why she broke their relationship earlier.

Kunal accuses Shweta of ditching her for some other random guy. Shweta says she regrets her decision and she feels that she loves him.

Shweta tells Kunal that she is here because she wants to meet him.

Mishty says she has a strong feeling that Kunal has moved on over Kunal. She asks Abir to tell Shweta that she has no chance with Kunal.

Shaurya tells Vishambhar that Meenakshi planned the IT raid in their house. The family members state that they will never keep any relationship with the Rajvansh family.

Meenakshi meets Shweta in her hotel room. She gives her a hefty amount to her for separating Kunal from Kuhu.

Abir comes to meet Shweta. He disguises as a registry office official. He comes to her room.