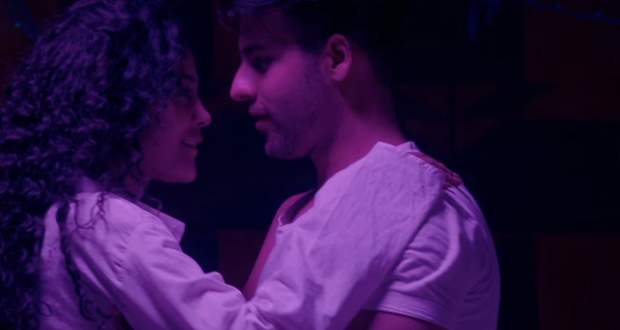 Today's YRHPK 24 Mar episode starts with Kuhu surprising Kunal and both of them dancing. They both get cozy and romantic while later Kunal gets a call from Meenakshi.

Kunal realizes he didn’t call Meenakshi and comes out of the room. Abir and Mishti are about to share a kiss when Kunal and Kuhu come out.

Kunal wants to go home while Abir thinks he is overreacting. Mishti thinks Kunal is right while Abir wants to bring changes and Kuhu supports him.

Kunal decides to make a mutual statement for Meenakshi and not to talk until then. Meanwhile, Yashpal and Kaushal discuss Meenakshi being upset about Kunal.

Yashpal thinks Meenakshi needs time to accept the truth and Kaushal says that’s why he told Abir to not pick up Meenakshi’s call. Parul says she will ask Mishti when they are coming back.

Meenakshi comes at the same time and gets mad at them for hiding the truth. She blames Parul for taking the decision without her consent and Nidhi further instigates Meenakshi.

Mishti doesn’t want Kuhu to talk against Meenakshi while Kuhu disagrees with her. Mishti calls Ketki but Meenakshi picks up the call. She asks Mishti to send Kunal and Kuhu as Kunal needs to sign on a legal agreement of a summer festival.

Mishti thinks she can send Kunal for some time so that everyone remains happy. Abir and Kunal get mad at Mishti for talking to Meenakshi while Kuhu blames her for going behind their back.

Mishti and Kuhu continue to argue while Kuhu wants Mishti and Abir to come along. Kuhu also calls Mishti a freeloader while Mishti refuses to go with Kuhu.

© Copyright tellybest.com, 2018 & 2019. All Rights Reserved. Unauthorized use and/or duplication of this material without written permission from tellybest.com is strictly prohibited.
Cached Saved on: Thursday 2nd of April 2020 08:09:50 PMCached Disp on: Friday 3rd of April 2020 04:09:11 PM