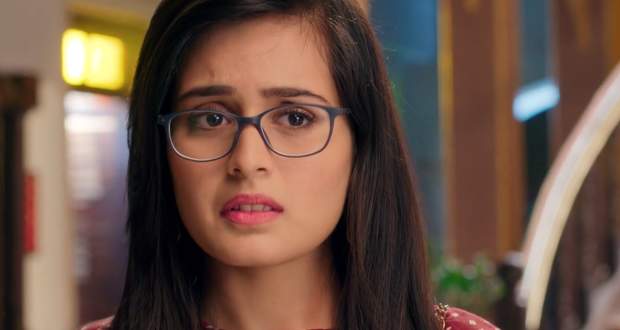 Today's YRHPK 24 Oct episode starts with Mishti arriving home to find Parul and Nidhi along with presents. She is worried about something and says she will be back.

Abir receives the envelope of Meenakshi mistakenly while he thinks he will open it later. He calls Mishti and asks about her decision.

He says he will do whatever her heart says. Later, Mishti finds Mehul standing in front of her while Abir is sure Mishti is worried about something else.

Abir is about to open papers when Meenakshi arrives and takes it from him. Later, Mishti arrives at Rajvansh house along with Mehul.

Meenakshi enquires about her reason for coming while Mishti remembers what Mehul said to her. Mehul had told her they can convince Abir in staying at home.

Mishti says family is important for her and that she has been from a broken family. Meenakshi says she will accept Mishti for Abir’s happiness.

Mishti says Abir’s decision is right and that they should live separately after marriage. The decision is not right and Mishti knows it.

She is suspicious of Mehul and wants to know about his intentions. Later, Abir takes Mishti to a cycle race and says he has a surprise for her.

Abir takes her to a house with Mishbir on the nameplate. Meanwhile, Meenakshi is upset as she trusted Mehul and later tells Mehul he was defeated by a girl.

© Copyright tellybest.com, 2018 & 2019. All Rights Reserved. Unauthorized use and/or duplication of this material without written permission from tellybest.com is strictly prohibited.
Cached Saved on: Friday 31st of January 2020 08:22:17 PMCached Disp on: Thursday 20th of February 2020 08:39:18 PM