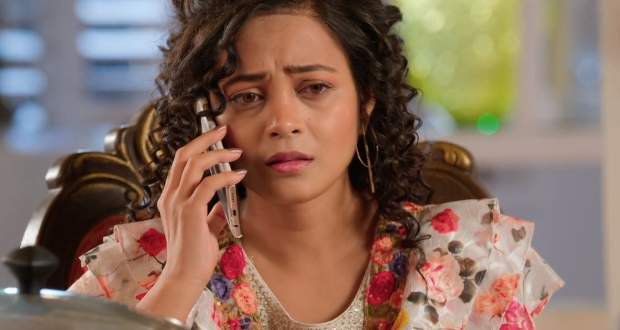 Today's YRHPK 24 Sep episode starts with Varsha spewing harsh words in front of Kuhu. Kunal comes into the room and asks her what’s wrong. Meanwhile, Rajshri asks Mishti to be mature and take care of things.

Mishti agrees with her and assures she will take care of Kuhu. Meanwhile, Kunal consoles Kuhu and promises to gift everything she wants as a Santa Claus.

Kunal finds Abir and Mishti romancing and later asks Mishti to be a little patient with Kuhu. Later, Kuhu receives a message again from the producers and is asked to give an answer by evening.

Kuhu is upset as Meenakshi is not fulfilling her side of the bargain. Meanwhile, Mishti suggests in front of Kunal that Kuhu should share her pregnancy experience online and get popular.

Kunal likes her idea but is unsure how Kuhu will react. Elsewhere, Kuhu receives a 50 Lakh FD from Meenakshi who further taunts her for behaving immaturely.

Kuhu threatens her of the consequences if she doesn’t fulfill her promise. Kuhu threatens to tell Kunal while Meenakshi is sure that she won’t tell anything to Kunal.

Meenakshi says she will wait for 3 months and then she might give her something. Later, Abir doesn’t like Meenakshi interfering in their fun and asks Kunal to take leaves from the office.

Kuhu is disturbed and starts imagining Varsha and Meenakshi blaming her. She realizes that Kunal will not take her side if she reveals the truth and decides to choose to model.

Meenakshi is asked to sign some bill in the City Heal Hospital where Kuhu also visits. Kuhu asks the doctor to terminate her baby.