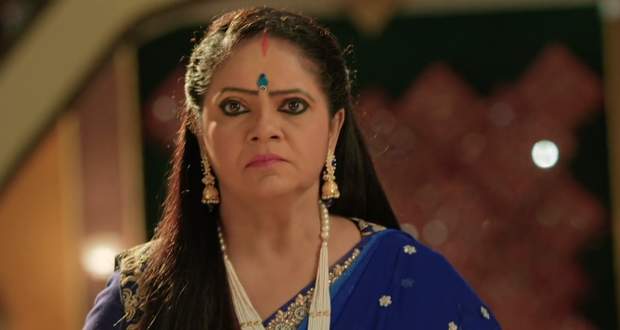 Today's YRHPK 25 Aug episode starts with Meenakshi getting excited for the arrival of Kunal and Abir. At the same time, Mishti and Kuhu arrive alone and feel helpless.

Parul opens the door while Meenakshi stops Kuhu and Mishti from entering the house. She gives them their bags and gives them an ultimatum to bring her sons back.

She asks them to come along with Kunal and Abir within 12 hours. Meanwhile, Vishambhar feels helpless and is shattered with Kuhu and Mishti’s behavior.

Vishambhar feels he was not able to teach anything with his love and friendship while Meenakshi taught her sons extremely well with strictness. Elsewhere, Meenakshi is furious with Kuhu and Mishti and wonders how they will handle the difficult situations.

Vishambhar tells Abir about Meenakshi’s threat while Kunal wishes to go home. Vishambhar asks them not to leave without solving the problems.

Mishti sneaks into Maheshwari house while Kuhu and Kunal argue over text messages. Mishti meets Abir in her old room and shares her feelings. Abir wants to get his friend back who was always supportive.