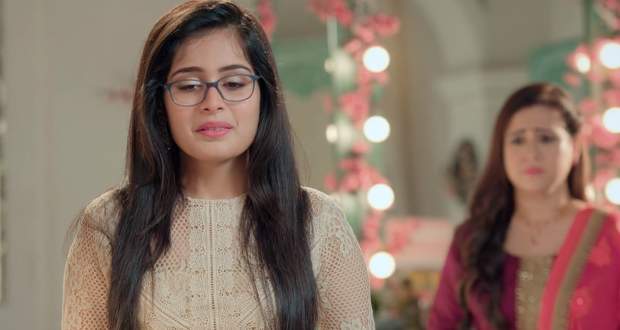 Today's YRHPK 25 Jul episode starts with Vishambhar enquiring about the girl in the photos from Abir. At the same time, Kuhu and Kunal arrive and tell about the identity of the girl.

Shorya gets information about some hacker. Vishambhar is pissed with Abir and Kunal for hiding such a big truth from him.

Vishambhar is worried about his granddaughter’s happiness and wonders who must have clicked the pictures.

The hacker arrives and tells the truth about someone emailing him the photos. He further reveals that the emails were sent from an account starting with Mishti.

Mishti gets upset with everyone for misunderstanding her. Abir questions her and Mishti answers she has not done anything.

Mishti tries to prove her innocence. Abir decides to investigate about the real culprit.

Later, Meenakshi asks Kunal if he loves Shweta in front of Kuhu. She further says if he wants to marry Shweta he can.

Kuhu gets upset with Kunal for not answering Meenakshi’s question.

Later, Varsha tells Mishti to leave her ego and not create problems for Kuhu. Rajshri comes and apologizes to Mishti on behalf of the whole family.

Kuhu threatens to tell everyone that she has sent those emails but Kunal convinces her otherwise.

Mishti attacks the hacker and questions him about the email. He says somebody who knows her password, must have done it.

© Copyright tellybest.com, 2018 & 2019. All Rights Reserved. Unauthorized use and/or duplication of this material without written permission from tellybest.com is strictly prohibited.
Cached Saved on: Saturday 1st of February 2020 11:56:05 AMCached Disp on: Wednesday 19th of February 2020 01:51:18 AM