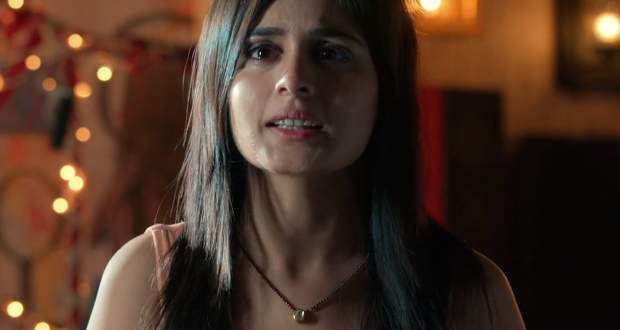 Today's YRHPK 25 Jul episode starts with Mishti searching for Abir in their room. Mishti is hurt by Abir’s behavior and constant lying about everything.

Meanwhile, Kuhu confronts Abir and asks him to stay for 2 weeks. Kuhu further wants to know what is wrong with Mishti’s health while Abir doesn’t have a proper answer to give.

Mishti tries to explain herself in front of Meenakshi while Meenakshi gives her last chance to stop Abir from leaving. Meenakshi also threatens to change her life forever if Abir doesn’t stay.

Later, Mishti asks about Abir’s actions and also confronts him about burning the letter. She also points at his decision of shifting to Bangalore.

She demands the truth and offers to help him. Abir says he will leave the house and Mishti has to decide if she will stay with him or his family. Later, Meenakshi confronts Abir and asks him to not return if he leaves home now.

Kuhu again attacks Mishti and reveals she knows she was meeting someone in the NGO. Later, Varun arrives at Rajvansh house and wants to know why they are leaving the house.

Mishti says it is not his fault and Varun suggests performing Gordhana on the same day. Mishti says she will convince Abir and the family about the Gordhana.

Mishti asks Abir to let her have some last pleasant moments with the family. Meanwhile, Meenakshi learns from Kuhu about the contact numbers of hospitals.

Mishti and Abir tell everyone about preponing the Gordhana. Mishti is again blamed for leaving the house by Nidhi.

© Copyright tellybest.com, 2018, 2019, 2020. All Rights Reserved. Unauthorized use and/or duplication of this material without written permission from tellybest.com is strictly prohibited.
Cached Saved on: Friday 30th of October 2020 12:27:15 AM