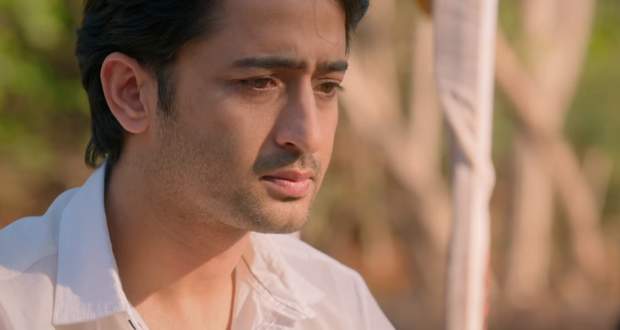 Today's YRHPK 25 Mar episode starts with Jasmeet entices Kuhu against Mishti further. Varsha overhears their conversation and wants to know if Meenakshi is mad at Kunal.

Jasmeet starts talking against Mishti. Meanwhile, Abir tries to console Mishti while Mishti is upset with Kuhu and her childish acts. Mishti has had enough of Kuhu’s tantrums.

Abir wants Mishti to end the fights and negative thoughts while Kunal gets mad at Kuhu for talking rudely with Mishti. Meanwhile, Abir thinks Mishti is turning more like Meenakshi.

Mishti wants to put a full stop to Kuhu’s childish nature and refuses to return back home. Abir says he will leave as his brother is leaving. Later, Jasmeet wishes to call Nidhi to know the situation.

Nidhi entices Meenakshi against Parul and Kunal while Meenakshi asks to send Kunal as soon as he arrives. Meanwhile, Kunal is upset with Kuhu for putting conditions of Abir’s love.

Abir arrives and says he will leave with them while Mishti stays alone in the resort. Mishti comes outside and learns Abir left without her. Later, Abir misses Mishti and stops the car.

He gets out while Kuhu starts blaming Mishti again. Abir asks Kuhu to accept her own mistakes before accusing anyone else. He apologizes on his and Mishti’s behalf.

Kunal asks Abir to leave the differences behind and get Mishti back. Meanwhile, Rajshri wants Mishti to not take the fights seriously and learn something from their fight.

Later, Mishti tries to call Abir but his phone is switched off while Abir struggles to call Mishti.

© Copyright tellybest.com, 2020, 2021. All Rights Reserved. Unauthorized use and/or duplication of any material from tellybest.com without written permission is strictly prohibited.
Cached Saved on: Saturday 23rd of January 2021 01:55:40 PM