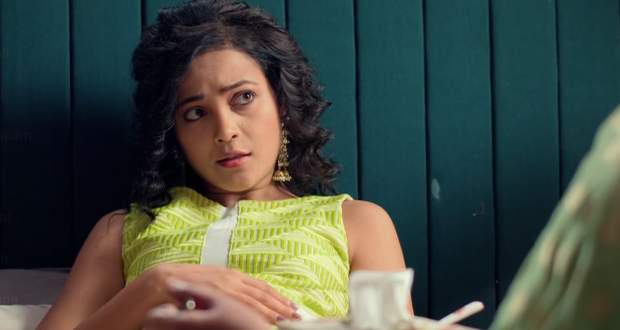 Today's YRHPK 25 Sep episode starts with Mishti crying and Parul consoling her. Mishti declares she shouldn’t have trusted Kuhu and later visits her room. She asks Abir to give the maternity clothes to someone in the NGO

Parul asks her to accompany her to the kitchen while Kuhu is awake on her bad. Later, Kunal asks to keep calm as they have already witnessed too many difficulties.

Kuhu comes to eat food while the story of 5 months back is shown. Kuhu is seen all ready to get an abortion while Meenakshi is also there in the hospital.

Meenakshi goes out and finds their driver. She learns that Kuhu is present there and rushes to stop her. Meenakshi manipulates her while Kuhu is not ready to believe her.

Meenakshi makes her realize that Mishti is the first daughter and she had only a chance to be number one by bringing the baby into life. She compares herself with Kuhu and after 5 months a pregnant Kuhu is seen sitting on the dining table.

Kuhu doesn’t like the maternity clothes bought by Mishti and criticizes her clothing style. Further, Mishti makes Paneer Chilli as requested by Kuhu but she wants noodles now.

Kuhu blames her for not realizing her cravings as she can’t be a mother. Abir is not able to see Mishti like this while Kunal also thinks Mishti can’t take care of Kuhu. Abir decides to make the noodles.

Meanwhile, Rajshri is upset as Varsha is still upset with her and even Kuhu. Elsewhere, Parul and Abir try to cheer Mishti up. Later, Kuhu criticizes Mishti and she overhears their conversation.

Kuhu further brings the magazine cover thing while Abir gives noodles to her. Later, Meenakshi visits Kuhu’s room while Kuhu is sure she will get a lot in exchange for the baby.

Upcoming Yeh Rishtey Hai Pyaar Ke episode update: Kuhu thinks the baby doesn’t like Mishti and threatens to take the baby away from her.