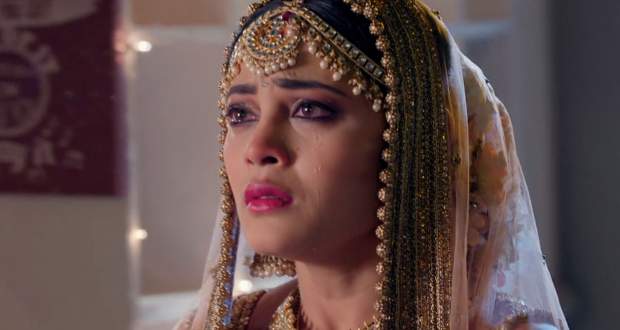 Today's YRHPK 26 Aug episode starts with Mishti wondering why Kunal said Kuhu’s marriage will fail. She decides to ask Abir but she sees a live video of Kuhu’s Grah Pravesh instead.

Abir and Mishti continue to imagine each other’s presence and feel the freshness of their newfound love.

Kunal, on the other hand, is still disappointed with his marriage.

Meanwhile, Vishambhar tells everyone about his conversation with Abir. He says that Abir indirectly told him about Meenakshi being responsible for Mishti’s actions.

Vishambhar says he will not fight for Mishti with Meenakshi, but will not ignore their actions. Later, Mishti misses Kuhu and Rajshri comes to cheer her up.

Mishti agrees to help Rajshri in finding a perfect match for Abir. At the same time, Kuhu tries to talk to Kunal, who is sitting in the corner of the room silently.

Kunal tells her not to return after Pag Phere ritual from her home. Kunal further tells her that he didn’t want to get married as he doesn’t love her.

Kuhu gets devastated to learn that Kunal doesn’t want her in his life. Meanwhile, Abir refuses to talk to his mother.

He says to Parul that he will confront Kunal about hating Mishti and getting mad at Kuhu for it.