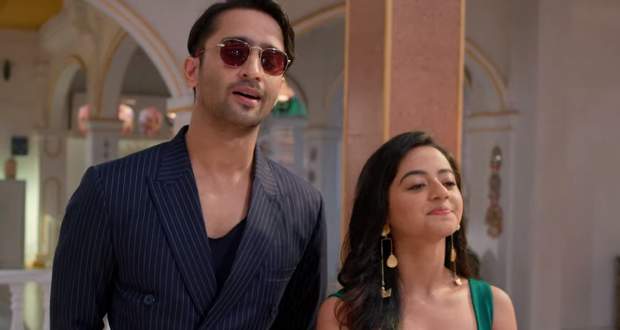 Today's YRHPK 26 Nov episode starts with Abir meeting Mishti and taking her in his arms. He gives her the same mirror necklace and admits he dived in the lake to get the necklace.

Mishti enquires if anybody learns about their relation or Abir’s marriage gets fixed to someone else. It all turns out to be Abir’s dream and the story now continues in an after 2-month sequence.

Nidhi asks Abir to come out as it is his Sangeet and the next day is his marriage. Meanwhile, Kuhu prepares everyone in the house for the Sangeet function.

Meenakshi is delighted to see everyone happy and there is a board with Abir weds Neha written on it. At the same time, Jasmeet and Varsha also learn about Abir’s wedding.

Abir arrives in the living room in a whole new avatar and praises Kuhu’s efforts. He is still mad at Meenakshi and doesn’t even glance her way.

Neha also arrives and asks why everyone is not ready. She also likes the decorations but later gets upset with SRK not arriving at her Sangeet.

Abir promises to make the day romantic and special for her. At the same time, Jugnu takes the name of Mishti Doi and everyone gets silent.

Abir cheers everyone up while later the Sangeet ceremony starts. Neha gets upset with Abir’s absent behavior and doesn’t know what to do.