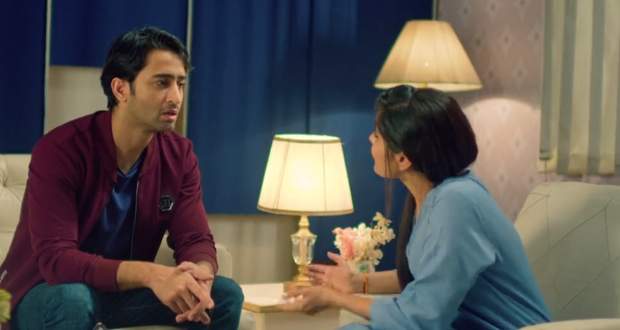 Today's YRHPK 27 Aug episode starts with Mishti getting pain in her stomach. Abir learns from the doctor that Mishti was having cramps in her stomach and that too from a few days.

Abir and the doctor convince Mishti to get the ultrasound done. Mishti asks Abir to not tell anyone about the ultrasound. Meanwhile, Meenakshi learns from Rajshri that Kuhu and Mishti met with an accident.

Rajshri reveals Kuhu is injured and also tells Meenakshi that Kuhu and Mishti have reconciled their differences. Meenakshi is pleased that her kids are returning home.

Varsha wants Kuhu to understand that she is married and should think of her future. Meanwhile, Mishti and Abir again discuss the future and having babies.

Later, Mishti, Abir, Kunal, and Kuhu return home while Kuhu acts of being in pain. Kunal picks her up in his arms and enters the house. Mishti and Kuhu apologize to Meenakshi while Meenakshi is happy that her kids are back.

However, she ignores Abir and leaves from there.  Elsewhere, Rajshri wishes to keep Ganesh idol at home and celebrate with the Rajvansh family as well.

Kuhu discusses the baby thing with Kunal as Varsha wants them to plan. Kunal asks her to take her time as they don’t need to rush anything. Later, Abir goes to talk to Meenakshi while she is hurt by his words.

Meenakshi shares some memories of his childhood with him and wants him to share his pain with her. Abir thinks Meenakshi doesn’t like it if problems are not solved her way.

She is hurt that he went to Rajshri rather than coming to her and prays he doesn’t have to witness such a day.