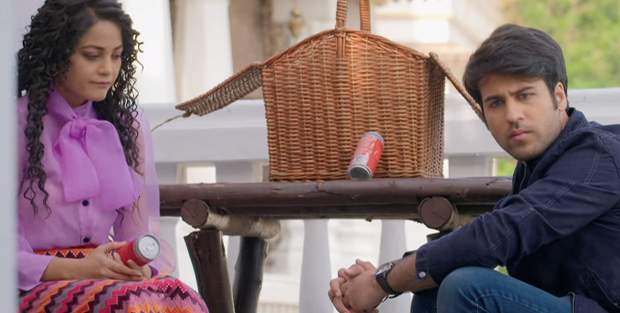 Today's YRHPK 27 Dec episode starts with Meenakshi telling Vishambhar that Mishti can become Abir’s wife but not her daughter-in-law. She accuses Mishti of trying to break the bond between Abir and Kunal.

She further scares Vishambhar by saying Mishti will realize her mistake once she marries Abir. Vishambhar gets upset and is about to meet with an accident.

Abir witnesses this and sends a water bottle. Meanwhile, Jasmeet gets worried about Nishant and confronts him about Mishti.

At the same time, Mishti sneaks into Rajvansh house while Kuhu enquires about Kunal. Nishant declares he cares for Mishti and can’t see her hurting.

Mishti enters Abir’s room and finds her birds in the room. She gets a call from Rajshri who asks her to return home as soon as possible.

Abir feels Misht’s presence and sees someone running in Jugnu’s cloths. He believes that Mishti won’t return as she has moved on.

Meanwhile, Kuhu tries to console Kunal by explaining her own situations. Kunal thinks he is getting punished for hurting Kuhu while Kuhu says Mishti shouldn’t have told him if he hadn’t mixed alcohol in Nishant’s drink.

Meenakshi orders gold Matki and decides to handle the situation. At the same time, Nishant is upset and Vishmabhar wishes to play a game with him.

Upcoming Yeh Rishtey Hai Pyaar Ke episode update: Vishambhar wishes to get Nishant and Mishti married while asks Mishti to give a chance to friendship.

© Copyright tellybest.com, 2018 & 2019. All Rights Reserved. Unauthorized use and/or duplication of this material without written permission from tellybest.com is strictly prohibited.
Cached Saved on: Thursday 30th of January 2020 05:44:25 PMCached Disp on: Monday 17th of February 2020 05:28:11 PM