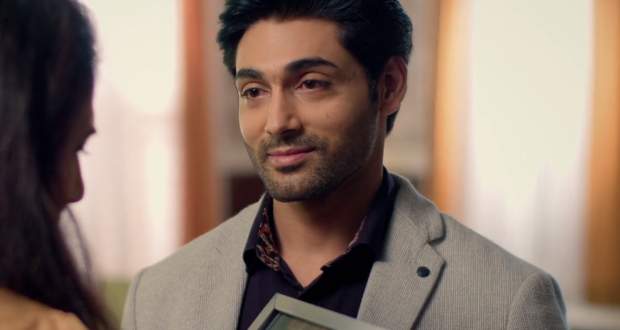 Today's YRHPK 27 Jul episode starts with Ketki getting upset with her brother, Ketki. Parul reveals that Ketki is very important for Abir and Kunal.

Meenakshi declares the Gordhana will be organized the same day. Kuhu again taunts Mishti while Abir takes her side. Meenakshi decides to find out the truth about Abir and Mishti.

Varun and his mother discuss Karan and share their happiness for the day. Meanwhile, nobody lets Mishti help with the preparations while Parul offers some work for her.

Meenakshi doesn’t want Abir to leave while Abir needs a promise if he has to stay. Later, Abir makes Mishti happy by showering flowers on her and bringing balloons for her.

Meenakshi gets mad at everyone for not taking care of Gudd Thaal. At the same time, Mishti brings the Gudd Thaal and makes everyone happy except Meenakshi.

The rituals of Gordhana start while Varun’s mother taunts Abir. She also targets Mishti while Varun appreciates Mishti’s efforts. Mishti leaves to get Ketki while Varun takes out the photograph of his brother Karan.

Abir switches on the fan and the photo frame falls down the table. Abir apologizes for his mistake and asks Varun to keep the photo in the car. Abir again apologizes to Varun while he blames Abir for doing it on purpose.

© Copyright tellybest.com, 2018, 2019, 2020. All Rights Reserved. Unauthorized use and/or duplication of this material without written permission from tellybest.com is strictly prohibited.
Cached Saved on: Tuesday 27th of October 2020 11:56:54 PM