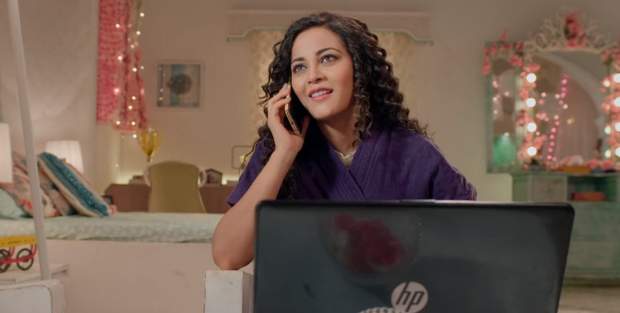 Kuhu asks Kunal if he is alright. Kunal apologize Kuhu for leaving her alone.

Shaurya sees Mishti coming in from the gate and Mishti tells a lie that Kuhu and she went for a jog.

Meanwhile, Parul is thinking why Meenakshi was talking to Shweta.

Parul also enquires from Abir about what’s wrong. Abir tells there is nothing to worry about.

Abir asks Kunal to promise him to not meet Shweta.

Shweta calls Kuhu and asks her to bring Kunal to her birthday party.

Parul asks Meenakshi which Shweta she was talking to last night.

Varsha tells Shaurya they should introduce Saurav to Kuhu instead of Mishti.

Meenakshi tells Parul that she was talking to Shweta who broke Kunal’s heart.

She tells Parul to trust her and not to question.

Abir gets to know Shweta has checked out from the hotel.

Shweta calls Mishti and says she mistakenly called her instead of Kuhu.

Mishti tells Varsha that Kuhu is not well and that she should stay with her.

Mishti gets to know about Shweta’s party and locks Kuhu in the room.

Kunal tells Abir that he is going with Kuhu for a coffee.

Mishti calls Abir and tells Kunal and Kuhu are going to Shweta’s party.

© Copyright tellybest.com, 2018 & 2019. All Rights Reserved. Unauthorized use and/or duplication of this material without written permission from tellybest.com is strictly prohibited.
Cached Saved on: Saturday 6th of June 2020 08:19:14 PM