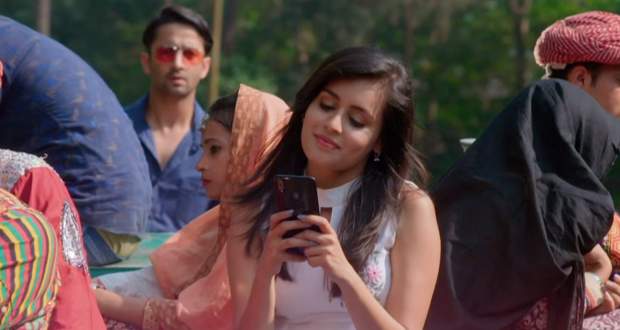 Today's YRHPK 27 Nov episode starts with Varsha calling Kuhu and confronting about Abir marrying another girl. However, Kuhu gets shocked to see the board with Abir weds Neha written on it as the groom’s name is Kabir.

Kuhu gets upset as it is her first project. Meanwhile, Abir tries to console Neha in believing that she is lucky as she has a loving partner.

Kunal saves the day for Kuhu and changing the spelling to Kabir. Later, Abir starts his special performance and others also join him.

Abir imagines Mishti dancing with him in the function. Later, Parul blames herself for Abir’s pain while Meenakshi comes to meet her.

Meenakshi still thinks she did the right thing while later Yashpal asks Abir if he is fine. Meanwhile, Kunal returns in his room and tries to talk to Kuhu.

Kuhu had returned in Kunal’s life as per the instructions of the court. She asked for 3 months' time to tell everything to her family about the divorce.

Abir finds a bus on his way and feels Mishti’s presence there. He climbs on the bus and can see Mishti sitting in the front.