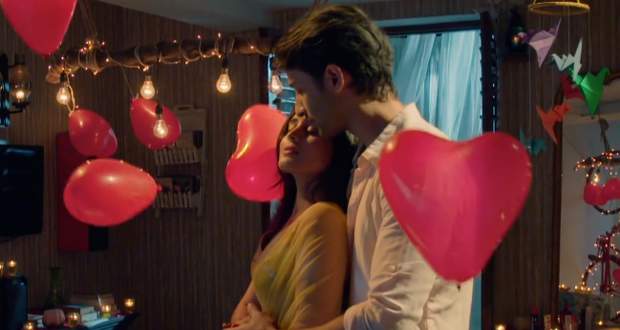 Today's YRHPK 28 Aug episode starts with Rajshri calling Meenakshi and inviting them for a Ganesh Pooja. Meenakshi ignores Abir while Mishti tries to cheer Abir up.

Later, Abir comes home and finds the stairs and room decorated with red heart-shaped balloons. He finds Mishti dressed in a beautiful saree and learns she is also ready for the baby.

They both spend romantic moments and get close to each other. In the morning, Maheshwari family welcome Ganpati Bappa and celebrate the festivities.

Abir and Rajshri get into a conversation about the baby while Rajshri wants them to take the decision on their own. Mishti and Kuhu get excited to see Modaks.

Nidhi overhears their conversation and later thinks Mishti is pregnant as Abir doesn’t let her lift heavyweight. Kunal and Abir do the Sthapna of Ganpati idol while later Abir receives a call from the doctor.

He learns that Mishti has some internal injuries and can’t bear a child. Abir gets shattered to hear this while the whole family does the Aarti of Ganpati Bappa.

Abir is frustrated and tries to call the doctor. He throws the phone and Kunal catches it. Meanwhile, Jasmeet tries to convince Kuhu to have a baby while she gets irritated.

Nidhi tells everyone that Mishti is pregnant. Everyone gets happy while Abir is shattered to hear this. Mishti reveals that she is not pregnant but they are planning.