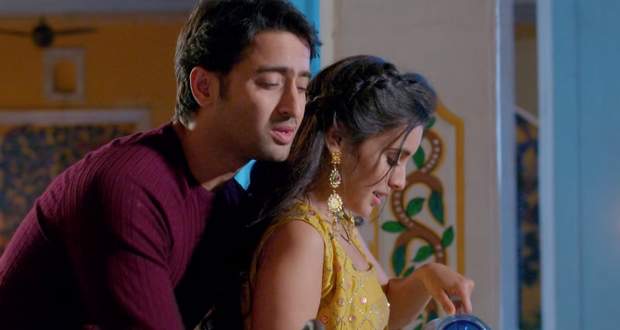 Today's YRHPK 28 Feb episode starts with Abir asking Mishti about her worried state. Mishti tells him that she is worried about the necklace and is scared something might go wrong in Pooja.

Meanwhile, Meenakshi wants Kunal to take a break from work and spend time with Kuhu. She further wants Parul to talk to Kunal about the same.

Abir learns that Mishti is organizing to donate food to flood victims. Parul asks Abir to talk to Kunal about taking some break from work to spend time with Kuhu.

Abir asks Mishti to stay awake the whole night to compensate for their first night. Elsewhere, Jasmeet instigates Kuhu against Mishti and asks her to get involved in Mahashivratri Pooja.

Later, Abir asks Kunal and Kuhu to take some time off while Kunal is worried about work. Mishti offers to do the work in place of Kunal while Kuhu wonders what Jasmeet was indicating as everything is normal.

Mishti again talks to Kunal about his work while Parul also backs her up. Kuhu wonders why Mishti is again talking about it and feels bad when she is asked to learn coffee from Parul.

Later, Meenakshi comes in the kitchen and gets upset at Parul for keeping strong sleeping pills outside on the table. She indicates that the pills are very strong.

Meanwhile, Abir and Mishti spend some romantic moments together. Also, Meenakshi indicates that Kuhu is Parul’s daughter-in-law to entice her.

© Copyright tellybest.com, 2018 & 2019. All Rights Reserved. Unauthorized use and/or duplication of this material without written permission from tellybest.com is strictly prohibited.
Cached Saved on: Saturday 4th of April 2020 04:48:35 AM