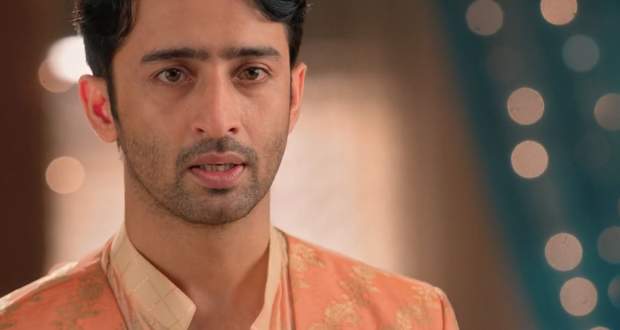 Today's YRHPK 28 Jul episode starts with Abir apologizing for break Varun’s brother’s photograph. Varun jokes again while Abir wants him to not think of the past.

Nirmala feels lucky to have Ketki as her daughter-in-law. She further taunts Meenakshi and targets Mishti. She feels bad for Meenakshi and prays she doesn’t have to be away from her son ever.

Mishti tries to defend herself while Nirmala continues to target Mishti for leaving the house. She further comments on Mishti’s family and says hurtful words.

Abir arrives at the same time and tries to defend Mishti. Nirmala tries to prove her point while Abir explains their situation. Abir wants Nirmala to talk to her and further suggests nobody in the house takes Mishti’s side.

Abir takes Mishti inside while Nirmala feels insulted. She breaks the marriage and leaves while the whole family gets worried. Meanwhile, Mishti wants Abir to stay for the marriage at home while Abir is fed up with everyone blaming her.

Abir tells Mishti about Karan being her attacker and regrets immediately. However, he is just daydreaming and Mishti comes inside the room.

Abir gets ready to apologize to Nirmala and is upset with his family not supporting Mishti. Elsewhere, Varun tries to console his mother for the marriage.

Ketki is worried and later she gets unconscious. Varun brings the doctor while Meenakshi learns that Laxman has found out about the number. The doctor comes outside and reveals that Ketki is pregnant.

© Copyright tellybest.com, 2018, 2019, 2020. All Rights Reserved. Unauthorized use and/or duplication of this material without written permission from tellybest.com is strictly prohibited.
Cached Saved on: Friday 30th of October 2020 01:59:34 AM